Male/NITN: Maldives welcomed the 1.5 millionth tourist of 2019 at an event which was held at Velana International Airport.

She was received by officials of Maldives Marketing and Public Relations Corporation (MMPRC), together with the Ministry of Tourism, Maldives Airports Company Limited (MACL), Maldives Association of Tourism Industry (MATI), Maldives Immigration and representatives of the Maldives tourism industry.

The commemoration of the event started with the stamping of the 1.5 millionth tourist’s passport by the Maldives Immigration officer. 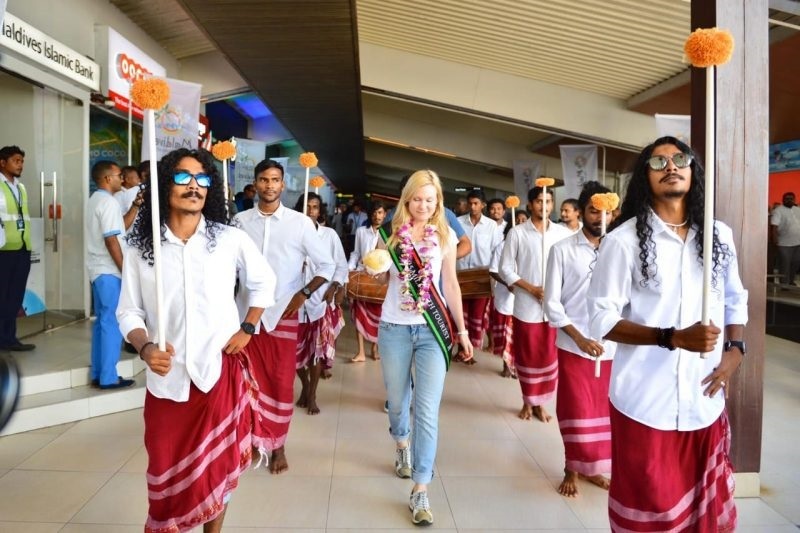 Kazakova and her husband were escorted with a traditional Maldivian bodu beru performance to the VIP lounge area. They were welcomed by the Ali Waheed, Minister of Tourism, Thoyyib Mohamed, Managing Director of MMPRC, Moosa Solih, Acting Managing Director of MACL, and Chief Guest Ahmed Nazeer, Secretary General of MATI.

The venue was decorated for the ceremony and the couple was awarded with a congratulatory certificate and special gifts representing traditional Maldivian culture and tourism.

Marina Kazakova and her husband, from Russia, were awarded with a complimentary holiday package for 6 nights sponsored by Mirihi Island Resort with return tickets sponsored by MMPRC. This is their 7th time to the Maldives. 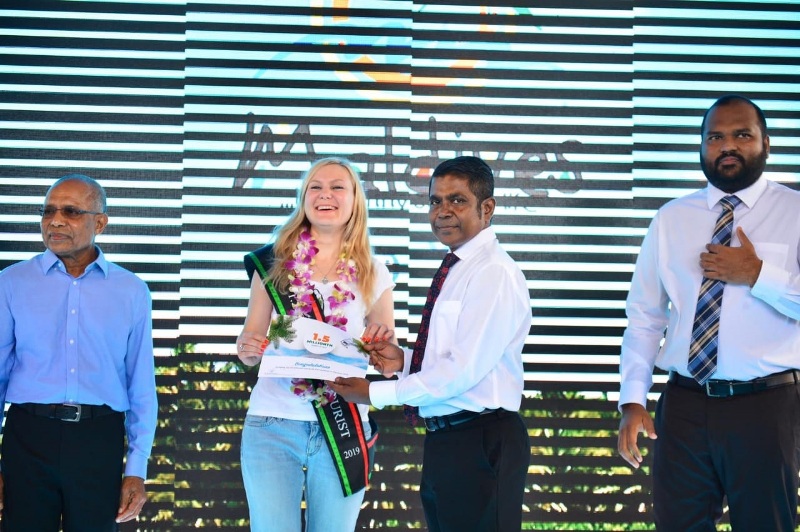 This milestone was achieved 38 days ahead of the estimated time and would not have been achieved without the marketing efforts to promote Maldives within the year. A total of 130 events were held including fairs, roadshows, media FAM trips and joint campaigns among them.